There is no second opinion in this that everyone in this world whether a man or woman, everyone wants to look beautiful. But what if I ask you to define the beauty of a woman. Will your answer contains a woman with a moustache on her face? Surely Not! But today, I am going to tell you about a woman with a moustache on her face known as the symbol of beauty. Yes, I am talking about Princess Qajar. I will tell you everything you want to know about her. Stay with me! 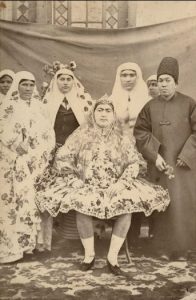 Everyone wants to know beautiful, but beauty is not linked with white colour, white skin or slim and smart body. Beauty comes from within a person. As of today, people think that beauty is only linked with a compact and stylish body and being fat is a sin. But in the 19th century, the definition of beauty was linked with a fat body and a moustache on the face of the woman in Persia.

Yes, In the 19th century there was a princess in Persia who had a moustache on her face and a fat body. But the princess was known as the symbol of beauty at that time. Before talking about the princess, let’s first talk about the Dynasty of Princess.

The royal family of Qajar ruled Persia from 1798 to 1925. This is the story of the second last ruler of the Qajar Dynasty. The story starts with the birth of a princess at the royal house of the king Naser ud-din Shah. There was a newborn at Raja’s home. The king named that girl as Zahra Khanom, who later known as Princess Qajar. The king ruled Persia for almost 50 years from 1848 to 1896.

The beauty of Princess Qajar:

As the princess becomes young, she was awarded with a fat body and a moustache on her face by God. But the princess never feels uncomfortable with her looks because she started getting attraction from people because of her different looks.

According to history, thousand of young boys love the princess because of her fat and attractive body and her moustache. The Princess Qajar was very famous for her beauty and started to know as the symbol of beauty in Persia.

History says that among thousands of young males who wanted to marry the princess 13 commit suicide because the princess didn’t marry them. 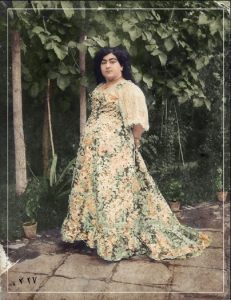 Princess Zahra Khanom knows as Princess Qajar wants to have a love marriage, but she got married forcefully at the age of 13. She was married to a prince named Amir Hussein Khan Shoja’-al Saleh. They both have two boys and two girls. But the relation was not that good, so they were divorced in 1907 because of unloving relationships.

Lately, The princess criticises a lot to arrange marriage as she always wanted to have a love marriage. Princess Qajar has thousands of lovers. One of the big names in her lover’s list includes the famous Persian poet Aref Qazvini, who wrote a poem Ey Taj for the princess.

The princess remains widowed and died at the age of 52 on Jan 25 1938. The Princess Qajar was buried in Zahir al-Dawlah cemetery.

Twist of the story:

As of now, you must be thinking that the story ended, but it is not that simple. There are a lot of twists in this story, and the whole truth has to be revealed. And the twist is that everything you read about Princess Qajar is not valid.

Yes, there was no princess Qajar in real life. But the whole story isn’t fake. Let me explain to you the entire story but before that let’s talk about how this all started.

The reality of Princess Qajar:

This all started in 2017 with this picture when a Persian news website shares an article with the subtitles “this woman was a symbol of beauty in Persia (Iran), and 13 men killed themselves because she rejected them”, and after that, it went viral on the whole internet. Thousand of memes were created, and the story keeps on exaggerating with mouth to mouth. Memes were sharing over the entire web, but no one confirms about the reality of the story. 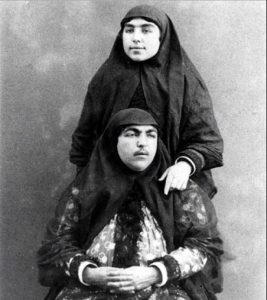 The only fact about this story is that in the 19th century, the Persian woman likes to have a light moustache of their face. According to Persian sources confirms that the Qajar Dynasty’s women like to have a moustache on their faces and it can be verified through photos.

The pictures which are going viral are of two sisters Princess Fatemah Khanum”‘Esmat al-Dowleh” and her half-sister, Princess Zahra Khanom Tadj es-Saltaneh, both the princesses were the daughter of Naser ul-din Shah who was the king of Persia and ruled Persia for almost 50 years.

In the end, I just want to say that its good to confirm a story or meme before sharing. Sharing false news is a bigger sin than murder. We have written an article on Teresa Fidalgo and Teresa Fidalgo Strikes Again who is going viral on the internet with a fake ghost story, do check that article!